Providing amateur radio services in the Tendring and Colchester areas 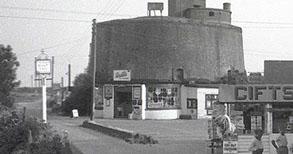 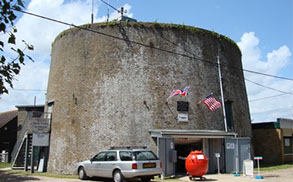 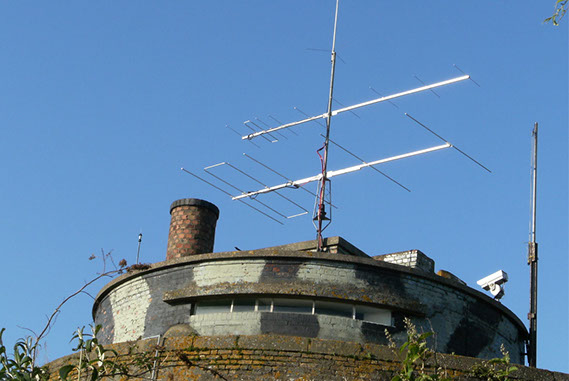 The Point Clear Martello Tower was built in the early 1800s as defence against the French. The French never came and now the tower contains a museum dedicated to the history of the area and our amateur radio station, G0PKT is located on the roof.

If you would like to make a one-off or monthly donation to the Martello Tower Group to help support the repeaters and our normal projects, you can do so using the PayPal button above.  You can see a list of people who have made donations by clicking here.

We endorse the DX Code of Conduct

The Martello Tower Group is an amateur radio group which was originally formed in the late 1980s under the name ClackPak.

Over the years ClackPak has run an AX25 amateur radio packet radio mailbox along with a number of nodes and gateways which linked Clacton-on-Sea with Kent and central London and from there via a wormhole direct to New York (this link closed some time ago).

At the same time, ClackPak organised some successful amateur radio rallies which helped the initial funding of the two local repeaters, GB3TE and GB3CL which are currently active on 145.6125MHz and 433.225MHz respectively.

In more recent times the group has set up an SSTV repeater (MB7TV), an FSTV beacon (GB3CZ) and the first licensed amateur radio to internet gateway in the UK (MB7UIV).

ClackPak was reborn in May 2009 as the Martello Tower Group with ambitious plans for other ground-breaking radio projects in the Tendring area.

In July 2015 we added a D-STAR repeater, GB7TE on 2m which replaced the old GB3TE voice repeater.  GB3TE has now moved to a site in Thorpe-le-Soken which gives good coverage over our core area.

In December 2015 we installed a 70cms DMR repeater, GB7CL at the Martello Tower and in October 2017 it was moved to our Thorpe-le-Soken site.

Although affiliated to the RSGB, we are not a ‘club’ in the traditional sense.  The Martello Tower where we meet is very limited in space hence we have to keep our membership numbers down.

Membership is strictly by invitation only.

In August 2016 we operated a very special event station, GB5RC to celebrate five decades of offshore radio broadcasting which was repeated again in August 2017 and August 2018