In the late 1980s and early 1990s, ClackPak (the precursor to the Martello Tower Group) ran a number of packet radio nodes to help increase AX25 coverage in the area and provide a backbone link into the main UK network.

One of our nodes was built into a large cabinet and located on the roof of the El Dorado snooker club in Jaywick which was the location of the old Clacton-on-Sea radio club.  The club callsign was G3CRC and that's what we used for our packet stations before G0PKT was issued.

In early 2017, some old photographs of what we lovingly called "The Node" were discovered.  These have never been seen outside of the group before.

These pictures show the box, the two radios for 2m and 4m, the TNCs, PSU and CW ident generator.  The two nodes were connected together providing a very useful link in and out of the area. 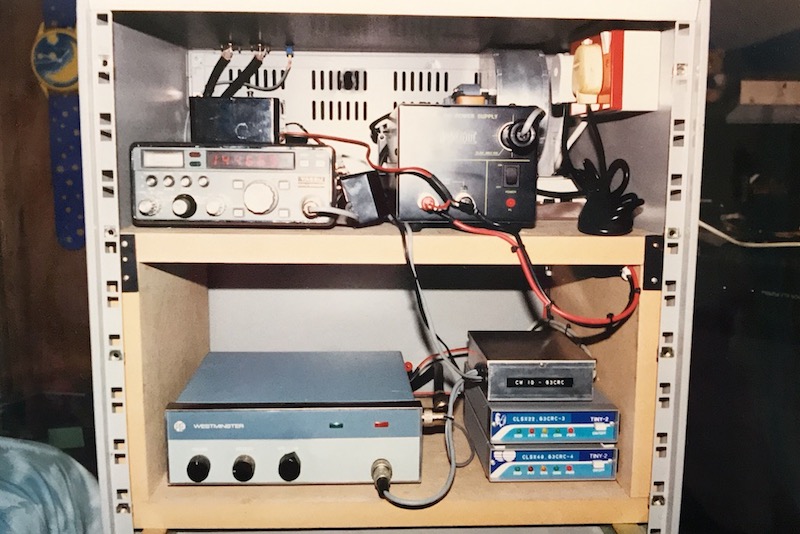 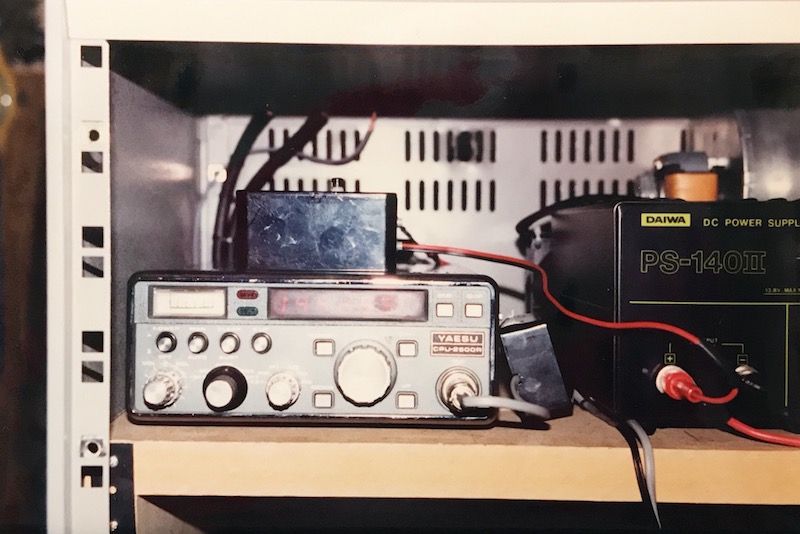 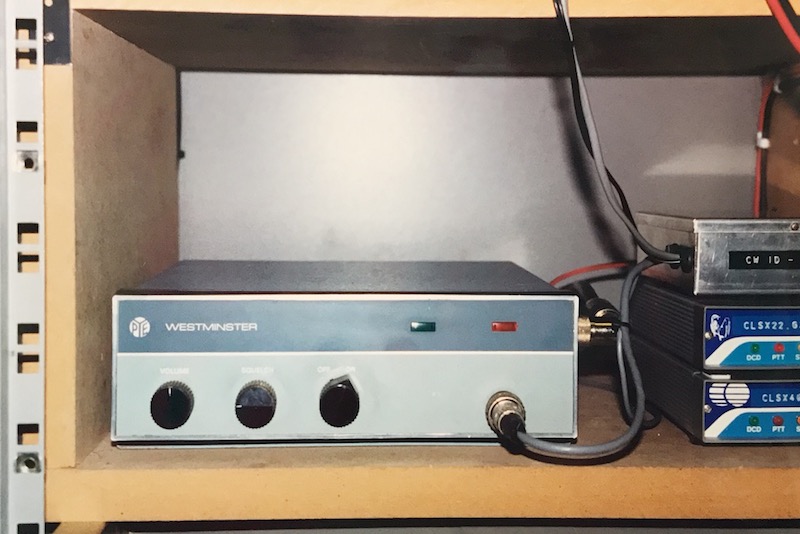 Pye Westminster on 70.4875 MHz (4m) as part of the ClackPak packet radio node 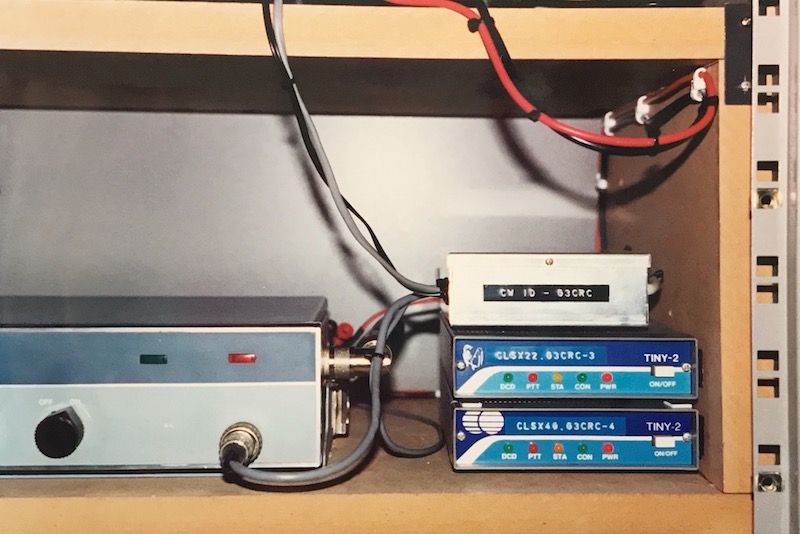 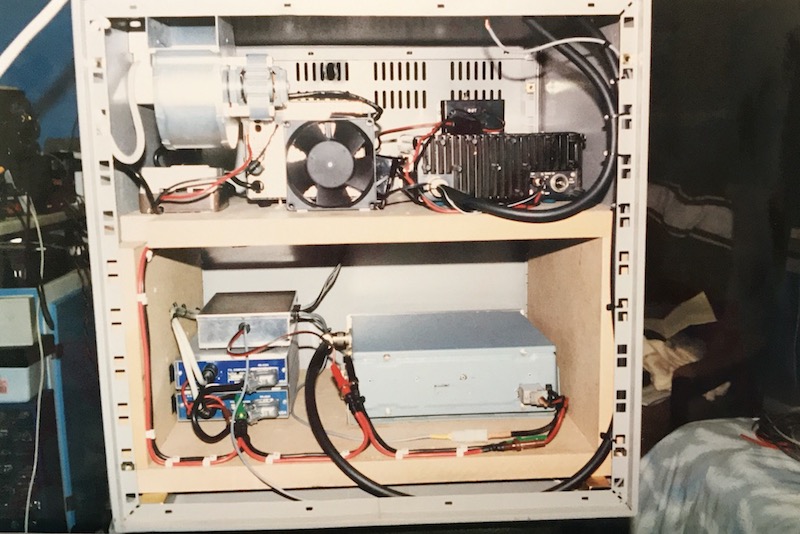 The rear view of the ClackPak AX25 packet radio node